The internet is a-twitter (get it?) with talk about Facebook #hashtags.  I personally plant myself firmly in the “Hashtags are for Twitter” camp; however, there are great benefits for businesses using hashtags on Facebook.

So far, Facebook hashtags are relatively new and slightly limited in usage.  They are only workable on the “desktop” v 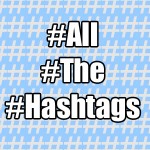 ersion with Facebook hashtags for mobile being introduced in the future.  Also, the algorithm that distributes content on the news feed won’t be affected, which is good and bad; you can’t gain ground but you can’t lose it either.  Further, as Cotton Delo writes in AdAge, “Advertisers won’t be able to target people posting hashtags about a particular TV show or live sports event, and they won’t be able to sponsor a hashtag in the vein of promoted trends on Twitter.”

You can play with Facebook hashtags in other ways, though.  It’s a great tool to promote across platforms as the hashtag will now work between Twitter, Instagram, Tumblr, and Facebook.  You can use hashtags as you would in those other platforms and have it populate on Facebook in a meaningful way now.  While you can’t target people, you can track what they’re saying and adjusting your content likewise, ie: you’re able to stay relevant in the conversation.

The SEO implications are also important.  Previously, if you searched for a hashtag, Google (or whoever you prefer-I’m also solidly in the “Google” camp) would pull up results for Twitter.  With the inclusion of Facebook hashtags, though, you’re now potentially increasing your Facebook traffic.

Reports are mixed as to what exactly Facebook will do with this information goldmine.  Again, Cotton Delo explains, “Posting with a hashtag could be seen as a more tangible expression of affinity and could thus help to make graph search into a useful product.”  Rather than “liking” content, you can engage in a more meaningful way by actually talking about a brand.  She cautions you to take things with a grain of salt, though, in another writing for AdAge :

Facebook has a much steeper privacy bar to clear than Twitter does in terms of publishing user content. The vast majority of Facebook posts are private, meaning that the public ones eligible to be shown on hypothetical hashtag pages would be the tip of the iceberg of conversation happening on the platform.

So if you’re one of the chosen ones who has been included in the hashtag roll out, give it a spin.  I know theBrewRoom would love to speak with you about deepening your strategy on Facebook.  It couldn’t hurt to be an early user of this experiment on Facebook.